The Noosa Outrigger Canoe Club held a fun regatta for members early last Saturday morning, before the days heat really intensified.  The 66 paddlers and 15 marshals gathered at Chaplin Park just after 5am to prepare the canoes and for final marshal briefings. “Know your river, know your sport” was the brainchild of NOCC coach Des Mabbott.

Teams jumped in any canoe to paddle to a designated sand bank, where a foot race through shallow water by a chosen runner from each team brought great entertainment for their team mates as they raced to collect a numbered golf ball that would determine the canoe their team would compete in.

Teams where then off to race to the first of their 11 checkpoints to complete tasks, with the fastest time to complete all 11 tasks and return to the shrinking sand bank a definite advantage for the final results.

Teams had to complete a range of physical tasks including swims, runs and an optional huli (capsize) – was it faster than two laps of Witta Circle? There were also a series of questions including knowledge of the canoes, and naming the water birds and lakes of the Noosa River – did you know there’s a Lake Como?

While there were some clearly stated rules for this fun event such as always reversing the canoe to the shore, there was also room for some, shall we say creative thinking. This was all at the risk of marshals giving time penalties which kept everyone guessing.

The morning provided a lot of fun and NOCC club paddlers got to know each other better, with paddlers from different training groups combining to make mixed teams. Everyone agreed it was a great event and that Des’ organisation was awesome. Most commented they can’t wait for the next one! 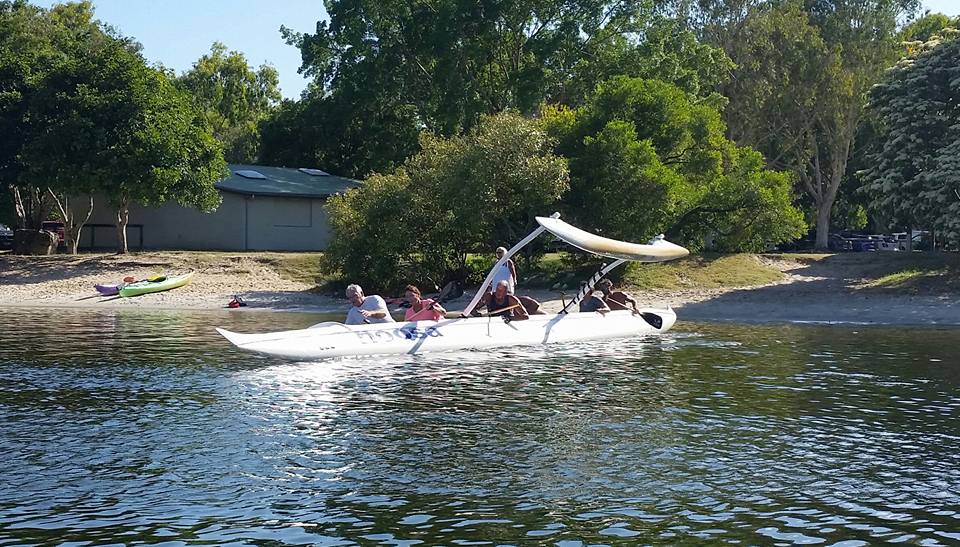